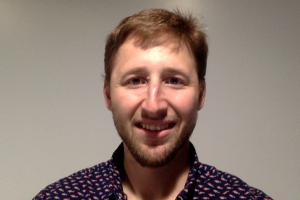 John was raised in Hamilton, NJ, graduating from Nottingham  High School in 2012. He attended Mercer County Community College and during his sophomore year his mom began bringing him and his brothers to a local church. Though John always had a general respect for the church, he didn’t know anything about the Bible.

Week after week the Scriptures slowly began opening up to him and within a year of attending the church, he accepted Christ as his Savior. At the time, he was a Civil Engineering major at Mercer, however the Lord began instilling in his heart the prospect of pursuing pastoral ministry. The Lord’s Will continued to push on him, and so John left his studies at Mercer to pursue a degree in youth and family ministry at Cairn University in Langhorne, PA in August 2014. 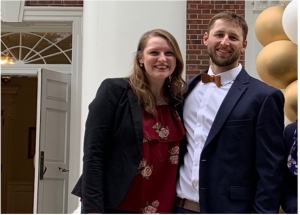 Upon completion of his degree in May 2017, John enrolled at Southern Baptist Theological Seminary in Louisville, KY, seeking a Masters in Arts in Biblical Counseling. He received his degree in May 2021. John understands the importance of teaching today’s children and youth the Scriptures because it’s through such means that God will build his kingdom from generation to generation.

John is married to Hannah, a member of the United States Air Force stationed at Fort McGuire. Hannah is gifted with teaching children the gospel and helping them memorize Scripture. She was raised in a sound Christian household where the gospel was always discussed and taught. John and Hannah have served together leading college ministries and serving in Awana programs. In their leisure John and Hannah enjoy walks with their dog Roger, movie nights with popcorn, tea, and ice cream, reading, and quality time spent with their respective families.

In June 2021 the Lord Jesus called John to be our Associate Pastor, accompanied by his wife Hannah. John works with Pastor Scott in leadership and visioning for Calvary, while striving to teach and preach the “whole counsel of God” in order to “equip the saints for the work of the ministry.”