The first sentence in the passage we studied together Sunday reads as follows, “Not that I have already obtained this or am already perfect, but I press on to make it my own, because Christ Jesus has made me his own.” (Philippians 3: 12)

And what is the “it” and “this” Paul refers to in this opening sentence? The answer is the ideas Paul discusses in previous verses — namely righteousness through faith in Christ, becoming like Jesus, and sharing in his sufferings as well as in his resurrection from the dead.

Pastor Scott emphasized that Paul exhibits a great deal of humility here, noting he’s far from perfect and has not “obtained this” in his life — but instead he’s decided to “press on” and make “my own” what Jesus has given him. The truth that we can take part in Paul’s mission means we must make it “our own” as well. To make following Christ personal to us, waking up each day and asking the Lord, “What can I learn from you today? What do you want me to do today?”

Also, check out the very end of verse 12 in which Paul notes, “I press on to make it my own, because Christ Jesus has made me his own.” Pastor Scott has emphasized to us frequently that Paul’s efforts aren’t transactions with God. They’re not, “Lord, if I do this for you, can you please forgive me? Can you please save me?” No. Instead the Lord initiates. Jesus first made Paul “his own” through grace and faith — and now enveloped in that eternal relationship, Paul naturally desires to reflect God’s love in his own life (“make it my own“). May we all follow suit!

So, the first secret to being a spiritual “winner” is to “press on.” In the original Greek it denotes intense concentration — an intentional, aggressive pursuit of a goal. Verses 14 continues this idea, repeating the “press on” idea as Paul adds, “I press on toward the goal for the prize of the upward call of God in Christ Jesus.” One of the hardest things to do as a Christian is dispensing with things that interfere with our “upward call” to the Lord. Because some of those things aren’t necessarily bad — they even may be good! But nothing is more important that our relationship with Jesus, and we must continually examine our hearts and ask God to shine a light on them, seeing if anything — even something good — is distracting us and pulling us down or taking us even a bit off course.

The second secret is to focus, and verse 13 spells it out: “Brothers, I do not consider that I have made it my own. But one thing I do: forgetting what lies behind and straining forward to what lies ahead …” And what is the “one thing” we must focus on? The “upward call,” of course! Jesus shared the same words in Luke 18:22 with the rich young ruler: “One thing you still lack. Sell all that you have and distribute to the poor, and you will have treasure in heaven; and come, follow me.” But the rich young ruler, despite wanting eternal life, couldn’t part with his money.

The third secret is to lean forward. Verse 13 calls it “straining forward.” And part of that urging from Paul is “forgetting what lies behind.” That can mean to stop spending so much time thinking about the past, since we can’t change things that have already happened — and instead pushing forward and developing new patterns of thinking and behavior through God’s help.

The fourth secret is to “join in” — as Paul notes in verse 17, “Brothers, join in imitating me, and keep your eyes on those who walk according to the example you have in us.” It’s the idea of partnering with other believers and learning from the examples of mature Christians and doing as they do, observing their spiritual successes so we may be “imitating” them and having the same successes.

Finally, verse 20 describes the fifth secret which Pastor Scott called “confirm your identity”: “But our citizenship is in heaven, and from it we await a Savior, the Lord Jesus Christ.” Our true home is not here on earth, and when things in this world conspire to bring us down — again, pull us away from our “upward call” — we need to stop and remind ourselves of who we are: Believers in Jesus who are serving him in a marathon, not a sprint, toward his kingdom. Therefore, let us never forget, or even minimize, who were are or what our “upward call” is. 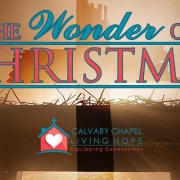 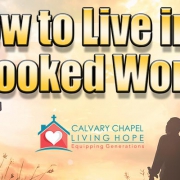 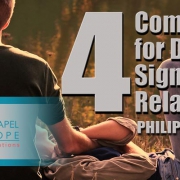